Geographic Information Systems (GIS) are now commonplace in our lives, but do we know how to use them effectively? Follow this guide to learn more about the theory behind GIS applications and choose the correct program for your assignment or project.

What GIS (Geographic Information System) is:

A GIS is a computer-based database for capturing, storing, analyzing, and managing data and associated attributes that are spatially referenced to the earth

What GIS can do:

A digital map is comprised of Vector and Raster data.

Vector data is stored as a series of X, Y coordinate pairs inside the computer’s memory. Vector data is used to represent points, lines and areas.

Raster data are stored as a grid of values. [...] One important difference between raster and vector data is that if you zoom in too much on a raster image, it will start to appear ‘blocky’

Images of the surface have adequate detail up to a certain point. After that they become pixilated. Look at the two images of the city of Nur-Sultan and notice how the vector data remain the same, despite the greater zoom: 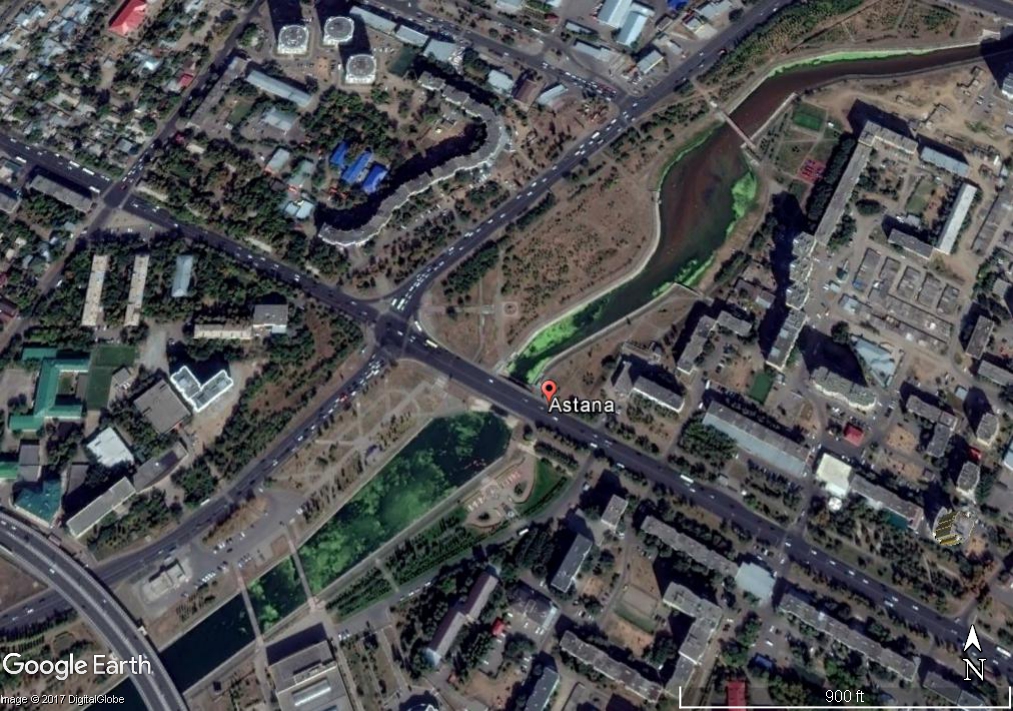 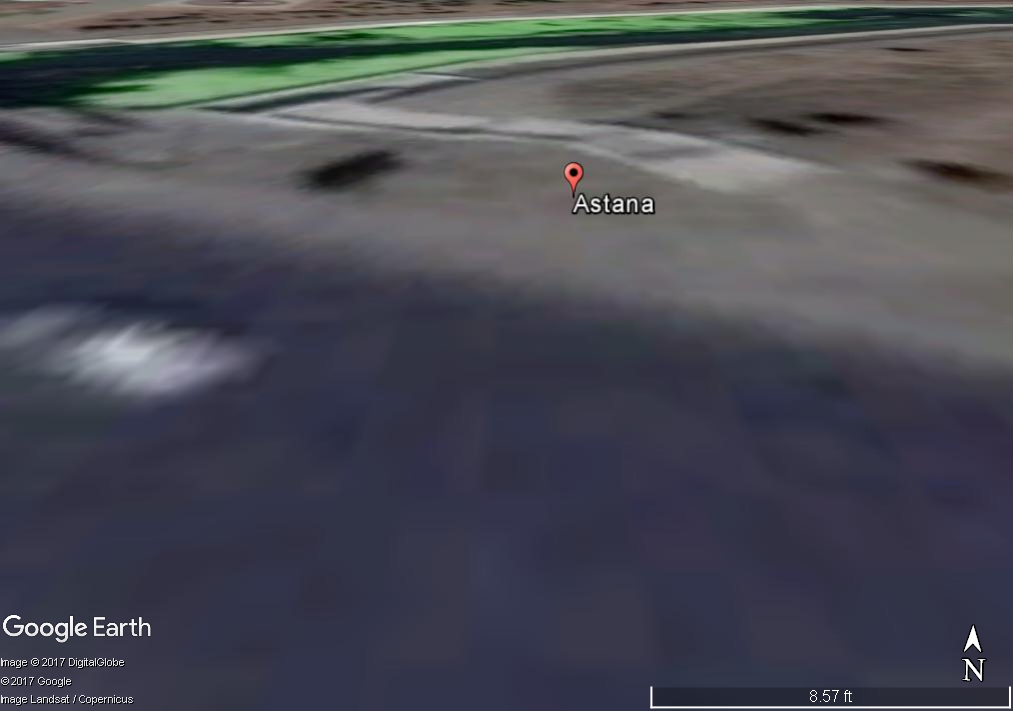 Map projections try to portray the surface of the earth or a portion of the earth on a flat piece of paper or computer screen. A coordinate reference system (CRS) then defines, with the help of coordinates, how the two-dimensional, projected map in your GIS is related to real places on the earth. 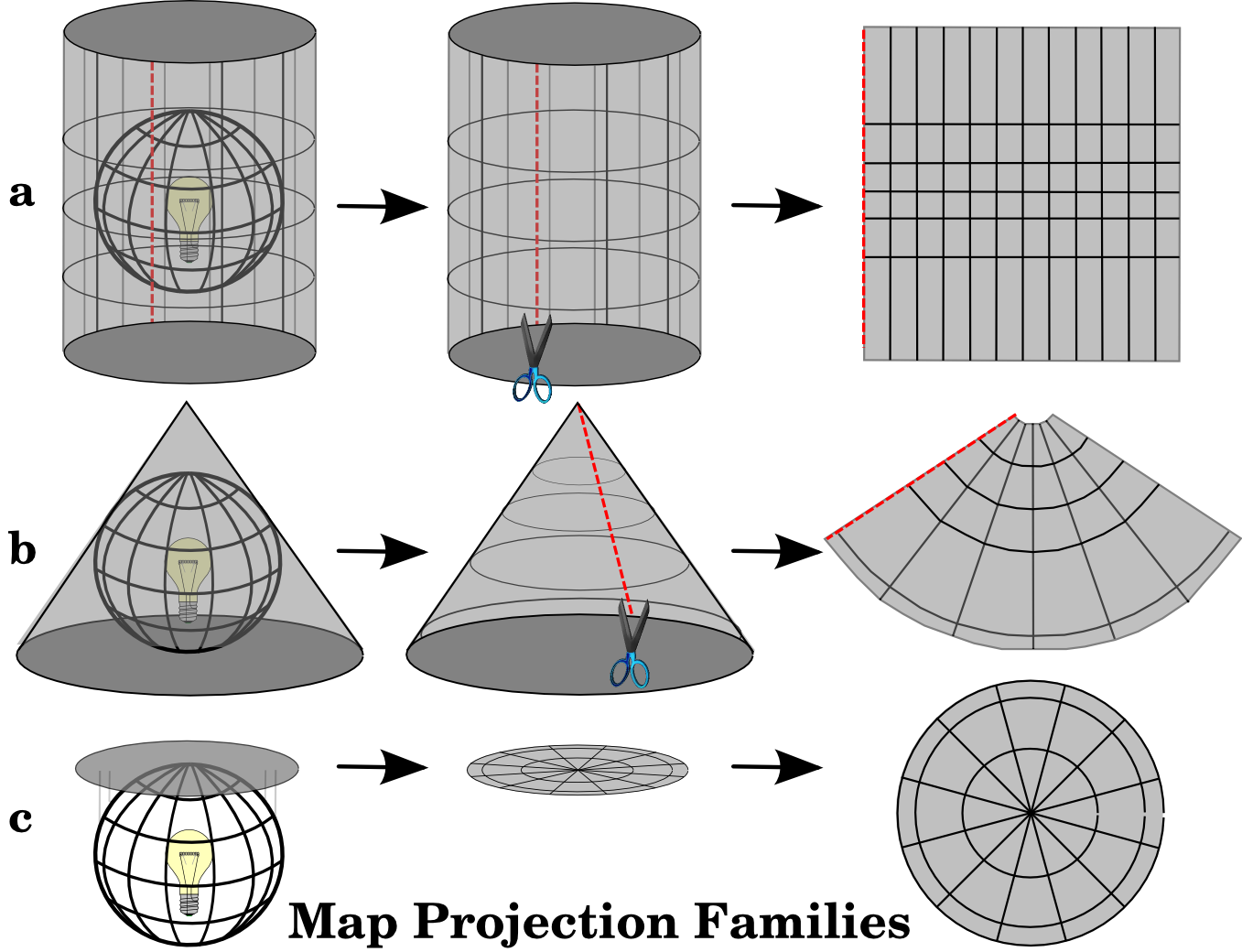 Three common types of map projections are portrayed above:

One of the most popular is the Mercator projection. When you overlay an image to your digital map, it will "bend" according to the map projection you use in your system!

CRS are consisted of lines of Longitude and lines of Latitude, and their intersections give the exact position of a place on Earth. 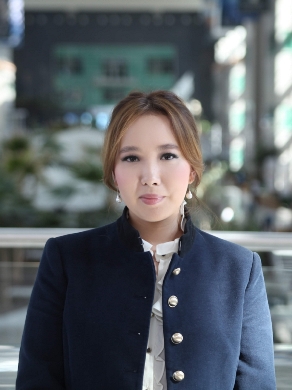